… the first 32 GPs were being delivered at Laguna Seca! 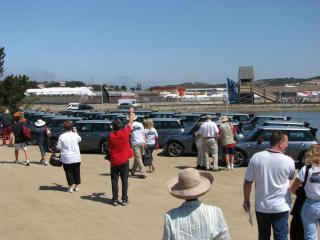 … and then, there was much fun … and MINI Takes The States!

From Autotrader:
An ultra-special Mini Cooper owned by one of World football’s greatest talents is for sale on Auto Trader. Wayne Rooney was the first owner of this rare special edition 2006 Mini GP, which boasts serious performance … He owned it for about six months before passing it on to the current owner.
Wayne Rooney is England’s biggest footballing talent. The 21-year-old shot onto the scene as a prodigious teenager for Everton, before sealing a multi-million deal to sign for Manchester United. He has a reputation for loving fast cars, having owned a selection of Lamborghinis, Bentleys and BMW …

So, would the owner history make you more or less likely to buy this GP?

Tony over in England has been coordinating an order of “transparent GPs” – beautiful looking “glass” blocks with a 3D GP laser-etched inside … well just today, he received delivery from the manufacturer: 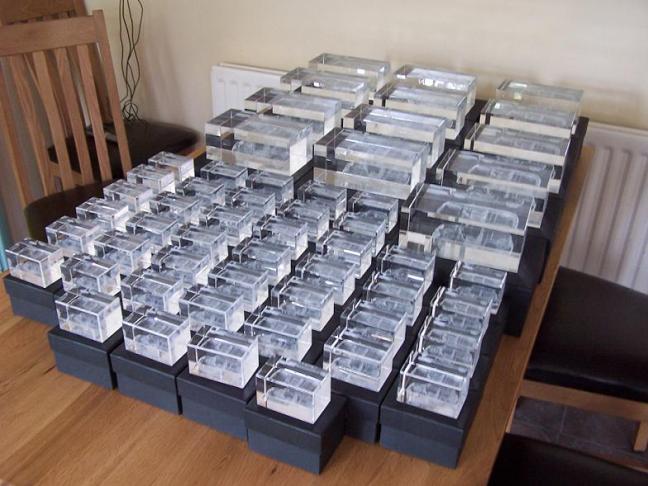 Looking forward to receiving my GP0203 block … and if you didn’t order one, sorry but you’re too late now.